* In their first game at Bell Centre since the passing of Guy Lafleur, the Canadiens honored the NHL icon with his former teammates present and the home crowd celebrated his memory with an emotional standing ovation.

* The Wild and Blues, poised to clash in the First Round of the 2022 Stanley Cup Playoffs, both picked up crucial wins as the quest to clinch home-ice advantage in their series still looms large.

LIGHTNING STRIKE EARLY AND OFTEN TO DEFEAT DIVISIONAL FOE (AGAIN)
Three days removed from an eight-goal performance against the Maple Leafs, the trio of Nikita Kucherov (2-3—5), Steven Stamkos (2-2—4) and Victor Hedman (0-4—4) once again sparked a Lightning offense that tallied eight times against the NHL-leading Panthers and ended their 13-game win streak. 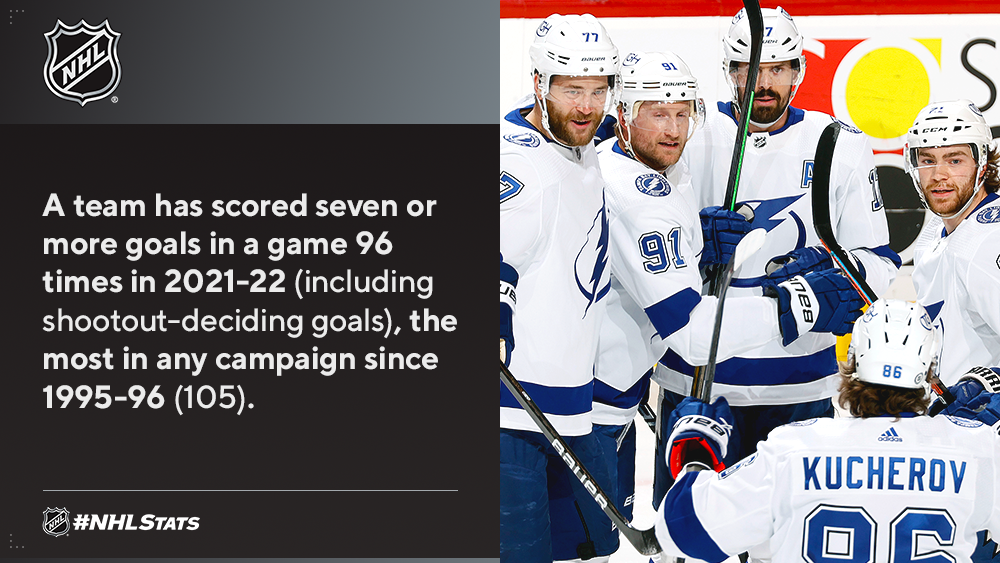 * Kucherov, who extended his goal streak to six games, became just the second player to register three five-point outings with the franchise joining Vincent Lecavalier. Only one skater in Lightning history has had a larger single-game performance than Kucherov: Doug Crossman (3-3—6 on Nov. 7, 1992).

* Stamkos (37-60—97 in 78 GP) moved within three points of his first career 100-point campaign and has done so thanks in part to four consecutive outings with three-plus points. The Lightning captain became the first player in franchise history to register a streak of at least that length. 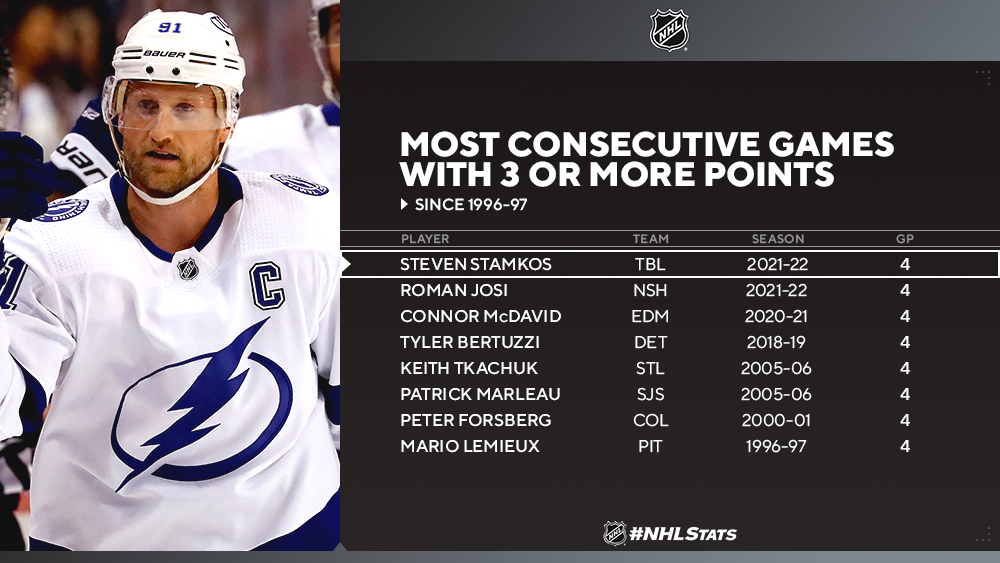 HAULA PROPELS BRUINS AFTER EMOTIONAL PRE-GAME CEREMONY AT BELL CENTRE
Prior to Erik Haula (2-0—2) becoming the fourth Bruins skater to score a penalty-shot goal against the Canadiens, Montreal held an emotional pre-game moment to honor the life of franchise legend Guy Lafleur in the team’s first home game since his passing. With several of Lafleur’s former teammates on hand, the Bell Centre crowd followed up the video tribute with a 10:10 standing ovation in respect to his iconic No. 10. 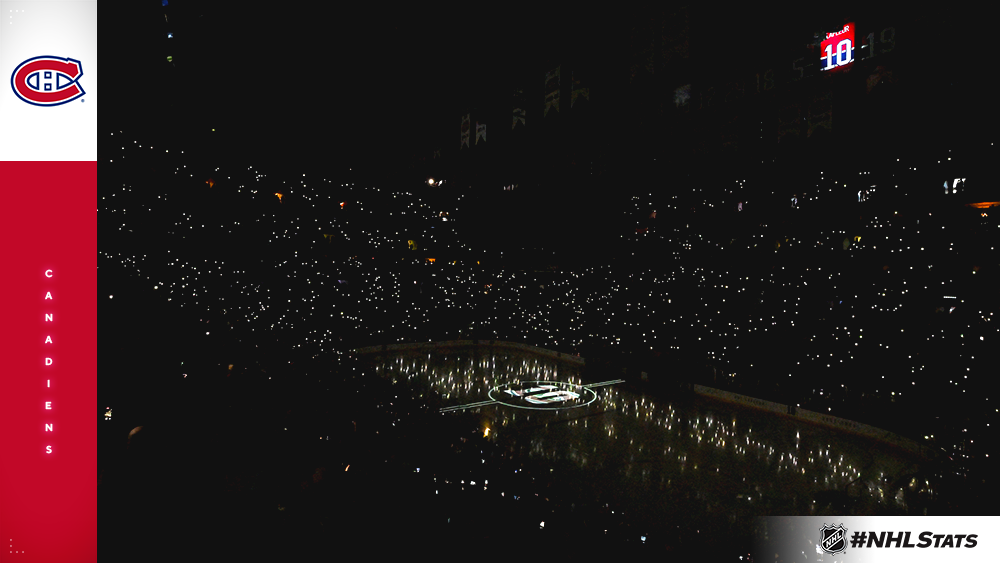 WILD, BLUES CONTINUE TO BATTLE IT OUT FOR HOME-ICE ADVANTAGE. . .
With the final week of the regular season approaching, the Wild (52-21-7, 109 points) and Blues (49-20-11, 109 points) each skated to high-scoring victories Sunday with the hopes of inching closer to securing home-ice advantage in their First Round matchup.

* The Predators scored three game-tying goals, but Dmitry Kulikov scored with 1.3 seconds remaining in overtime to help the Wild improve to 8-0-2 in their past 10 contests dating to April 8. Kulikov scored the sixth game-winning goal by a Minnesota defenseman in 2021-22; Colorado paces all teams with 13 such tallies.

* The Blues spoiled Ryan Getzlaf’s final NHL game after erasing a 2-0 deficit to extend their franchise-best point streak to 16 games (14-0-2). Two skaters also extended their personal point streaks: Ville Husso (14 saves) improved to 9-0-2 through his past 11 outings and trails only Jaroslav Halak (11-0-3 in 2011-12) for the longest such run by a Blues goaltender, while Robert Thomas (0-1—1) stretched his run to 17 games and matched Connor McDavid (17 GP from Oct. 13 – Nov. 20) for the longest point streak this season.

STANLEY CUP PLAYOFFS ONLY ONE WEEK AWAY

With opening night of the 2022 Stanley Cup Playoffs one week away, the bracket is far from set as seven of eight First Round matchups have yet to be confirmed, 13 seeds are up in the air and three playoff spots yet to be clinched.

Teams in the Hunt: Los Angeles, Nashville, Dallas,Vegas and Vancouver

* One of the 44 remaining games in the 2021-22 regular season goes tonight in Chicago. Blackhawks forward Patrick Kane has 91 points, the third-highest point production of his career behind 2018-19 (110) and 2015-16 (106). With three games remaining, a third 100-point campaign is within the realm of possibility for the 33-year-old – Kane has posted at least nine points over a three-game span at three stages in his career, including last month when he collected 1-9—10 from March 8-12 to match his best three-game stretch in the NHL.