* Colorado will appear in the postseason for the fifth straight campaign as the Avalanche became the second team to clinch a berth in the 2022 Stanley Cup Playoffs via their 50th win of the season.

* The Panthers overcame a four-goal deficit to win for the second time in four days, led by Jonathan Huberdeau who tallied 2-3—5 and became the first player in franchise history to reach the 100-point mark in a season.

* Ryan Johansen ensured the NHL has featured a hat trick every day to start April as he recorded the first of his career. Only one other month in NHL history has begun with a hat trick for five-plus days: January 1976 (Butch Goring: Jan. 1, Wayne Merrick: Jan.2, Dave Kryskow: Jan. 3, Carol Vadnais: Jan. 4, Richard Martin: Jan. 5 & Jude Drouin: Jan. 6).

* The Avalanche have reached the playoffs in five straight seasons for the third time in franchise history, following a streak of 11 consecutive berths from 1995 to 2006 as well as a run of seven in a row from 1981 to 1987 while based in Quebec. 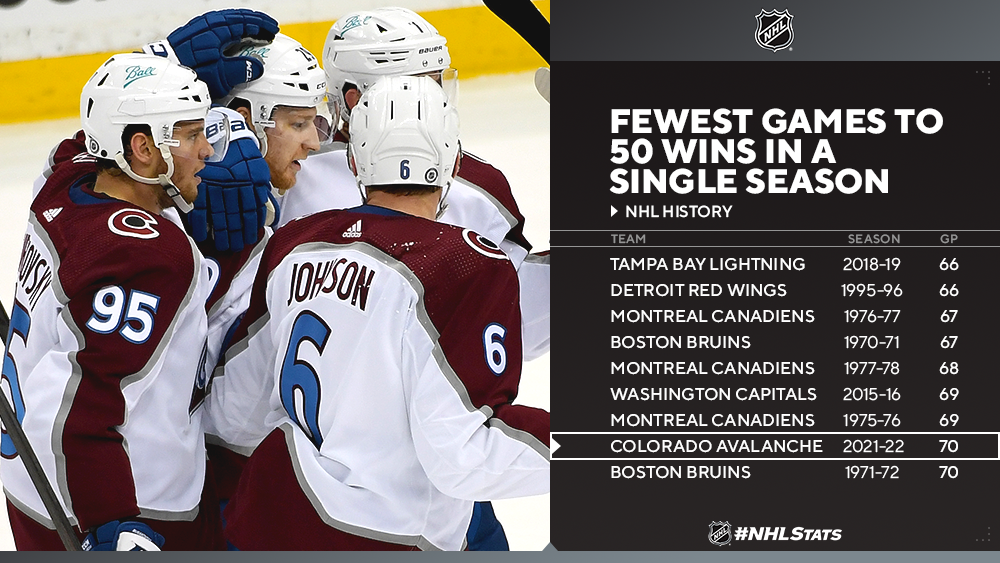 * ICYMI: The 2021-22 season has featured the debut of #NHLStats Pack: Team Clinching Notes, a running document of notes for all teams as they clinch a berth in the 2022 Stanley Cup Playoffs. Click here to read more.

HUBERDEAU HITS TWO MILESTONES AS PANTHERS OVERCOME 5-1 DEFICIT
Jonathan Huberdeau (2-3—5) factored on five of his team’s seven goals, including the overtime winner, to become the first player to reach and eclipse the 100-point mark with Florida (26-76—102 in 70 GP) as the Eastern Conference-leading Panthers (49-15-6, 104 points) overcame a 5-1 deficit to defeat the Atlantic Division’s second-place Maple Leafs (45-19-6, 96 points). 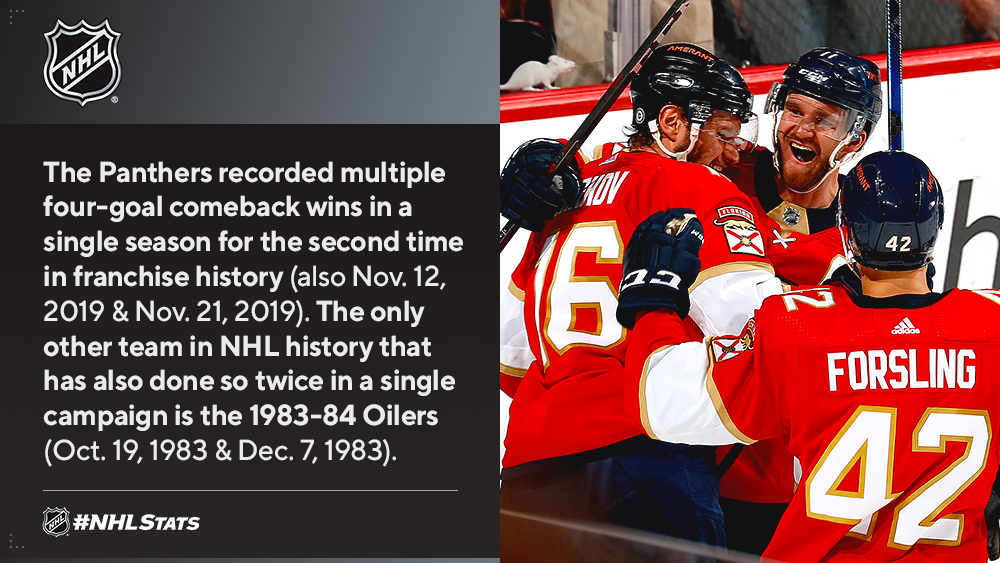 * Huberdeau recorded his fifth career five-point outing – the only active players with more five-point games are Evgeni Malkin (8), Connor McDavid (7), Brad Marchand (6) and Sidney Crosby (6). In the process, Huberdeau (194-406—600 in 661 GP) became the first Panthers player and first skater from the 2011 NHL Draft to reach the 600-point mark.

* Meanwhile, Florida’s captain Aleksander Barkov (1-3—4) collected multiple points for the fifth straight game. He and Huberdeau have played pivotal roles through the course of the Panthers’ victories in which they overcame four-goal deficits, combining for 5-17—22 in those contests (4 GP). 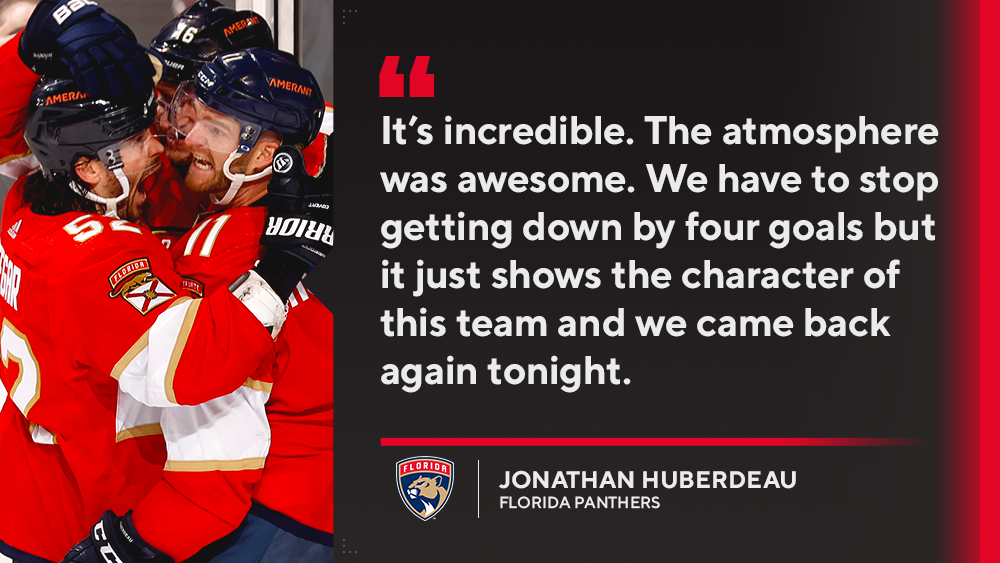 * Kreider (47-20—67) inched closer to the 50-goal plateau with his 25th power-play marker of the season and surpassed Jaromir Jagr (24 in 2005-06) for the most by a Rangers player in a single campaign (since 1933-34 when goals by type began being tracked). Kreider’s 83 career power-play goals moved him into a tie with Vic Hadfield (83) for fifth on the franchise’s all-time list. 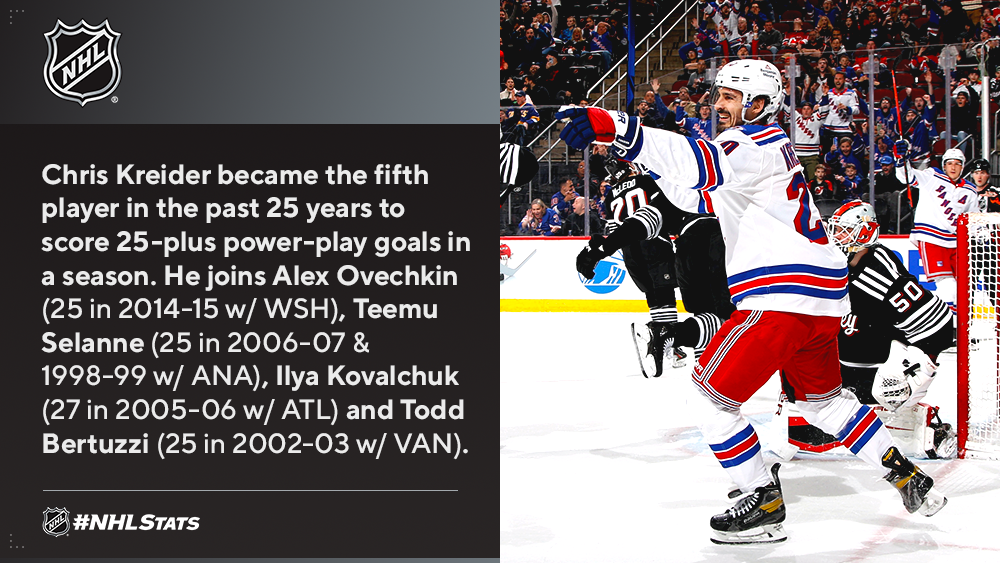 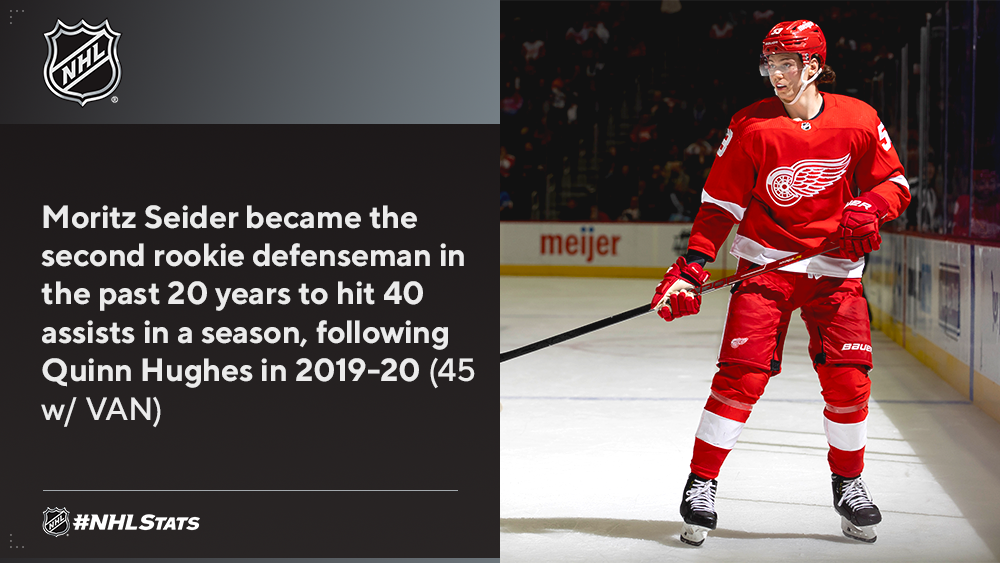 * Storylines like these and more can be found in the latest edition of #NHLStats: Live Updates. 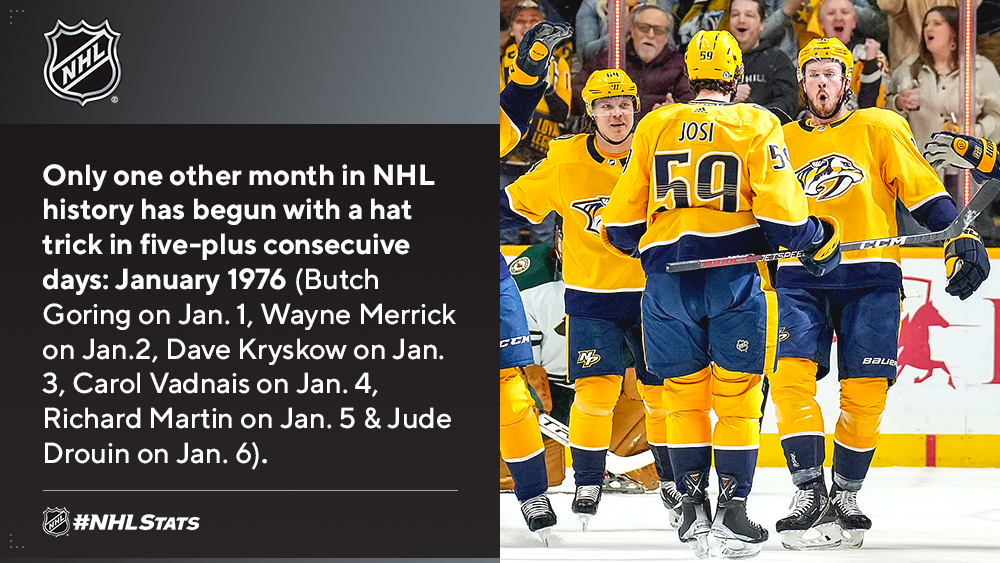 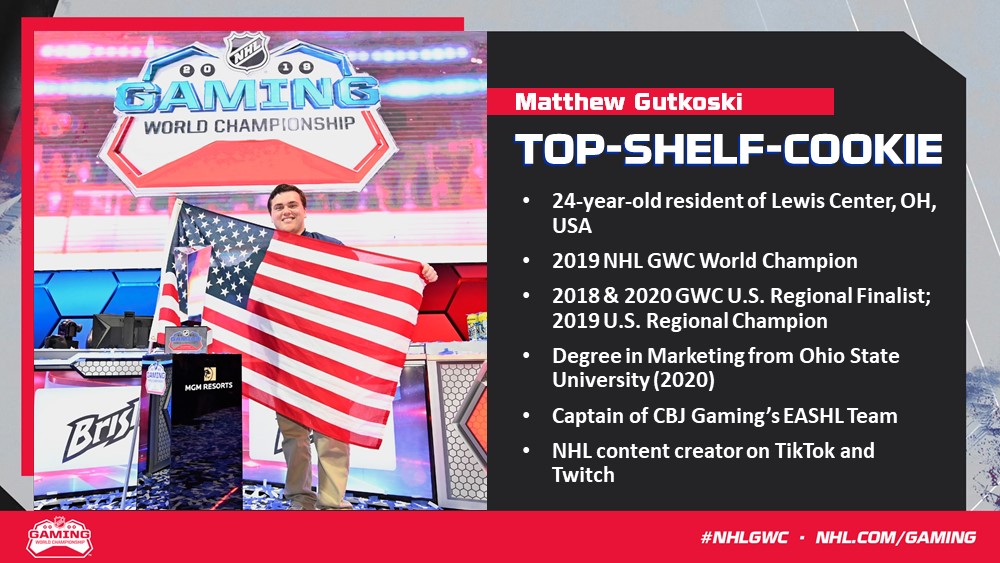 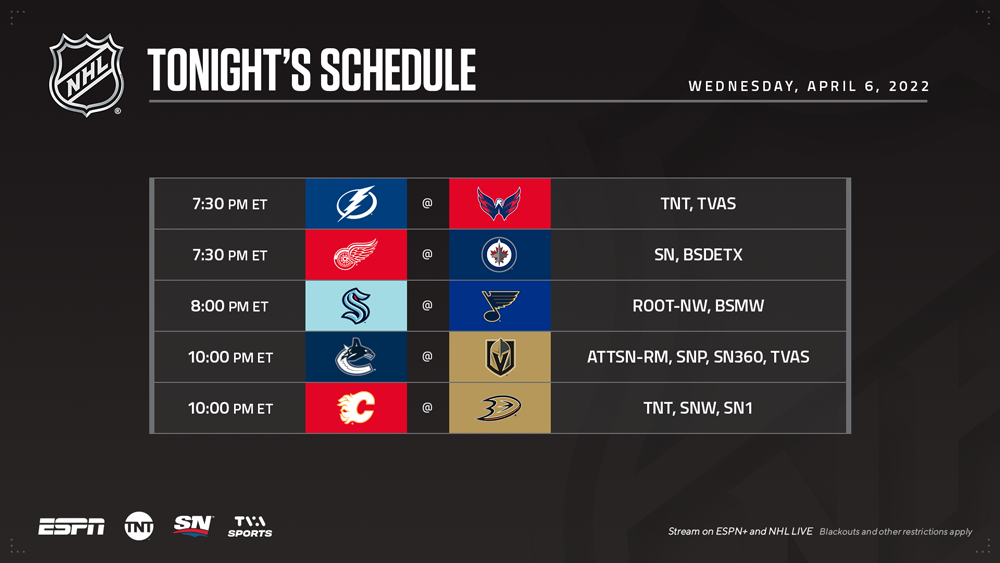