* Evander Kane led the Oilers with a hat trick performance as Edmonton scored at least eight goals in a playoff game for the 16th time in franchise history and first in 32 years.

* Boston won to cut its deficit to 2-1 in a series that became the first in Stanley Cup Playoffs history in which multiple games have featured opposing goaltenders each making their first career playoff start.

* The Wild and Maple Leafs each skated to 2-1 series leads as visitors with matching five-goal outings. Friday became the third day in the past 26 years to see three or more road teams each score five-plus goals in a playoff game.

* The NHL will announce finalists for the 2022 NHL Awards beginning Monday, May 9. Click here to view the complete schedule, which is subject to change.

POTENT OFFENSE PROPELS OILERS TO GAME 3 WIN
Evander Kane (3-0—3) scored the third hat trick of the 2022 First Round and Ryan Nugent-Hopkins tallied two goals in 81 seconds as the Oilers recorded eight goals in a playoff contest for the first time in almost 32 years. Edmonton has now outscored Los Angeles 14-2 over the past two contests after dropping Game 1 and has secured a 2-1 series lead for the first time since the 2017 Second Round.

* Kane became the first Oilers player in 30 years to score a playoff hat trick on the road, with the last occurrence coming in Edmonton’s most recent postseason trip to Los Angeles (Game 5 of 1992 DSF).

TOP LINE HELPS BRUINS CUT SERIES DEFICIT TO 2-1
Brad Marchand (1-2—3), David Pastrnak (1-1—2) and Patrice Bergeron (0-1—1) each found the score sheet, while Jeremy Swayman made 25 saves in his first career playoff start as the Bruins cut their series deficit to 2-1.

* Boston won Game 3 after trailing 2-0 in a best-of-seven series for the 14th time. Of the 28 previous best-of-seven series in which the Bruins trailed 2-0, they rallied to win twice (2-26) with each of those victories occurring the last two times they faced the deficit. In 2011, Boston rallied past Montreal in the Conference Quarterfinals and Vancouver in the Stanley Cup Final (both via Game 7 wins).

* Marchandscored his 46th career postseason goal to tie Phil Esposito for the third most in Bruins history. Only Cam Neely (55) andBergeron (48) have more. 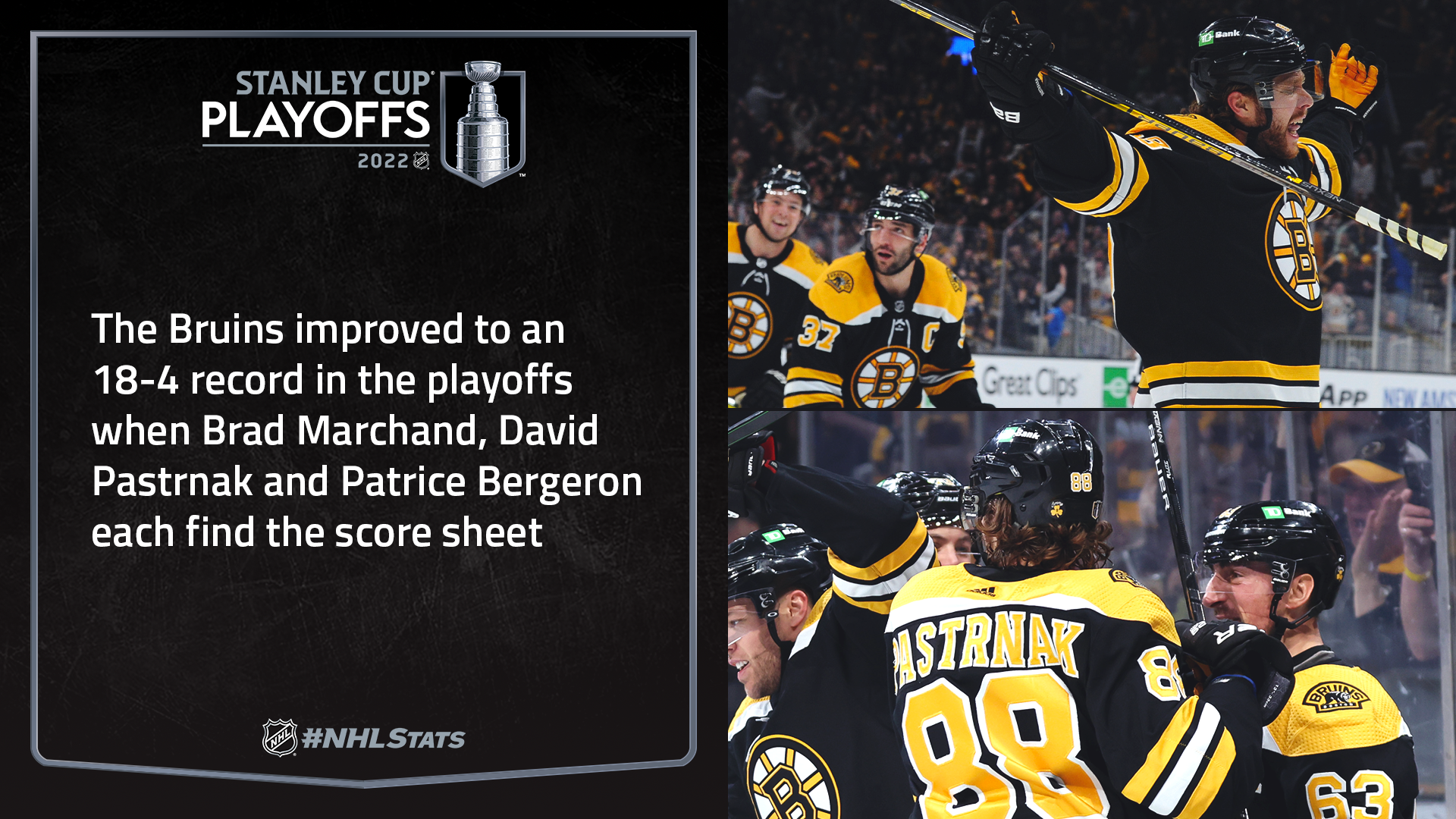 WILD, MAPLE LEAFS EARN ROAD WINS TO PULL AHEAD IN SERIES
Like the Oilers, the Wild and Maple Leafs also scored at least five goals apiece on the road to take a 2-1 series lead:

* Marc-Andre Fleury made 29 saves, while Jordan Greenway and Kirill Kaprizov each scored in the opening 2:18 of play – setting franchise playoff records for fastest goal and fastest two goals from the start of a game – as Minnesota earned a Game 3 victory against St. Louis.

* Fleury earned his 92nd career playoff win and tied Grant Fuhr for third place on the NHL’s all-time list, behind only Patrick Roy (151) and Martin Brodeur (113). 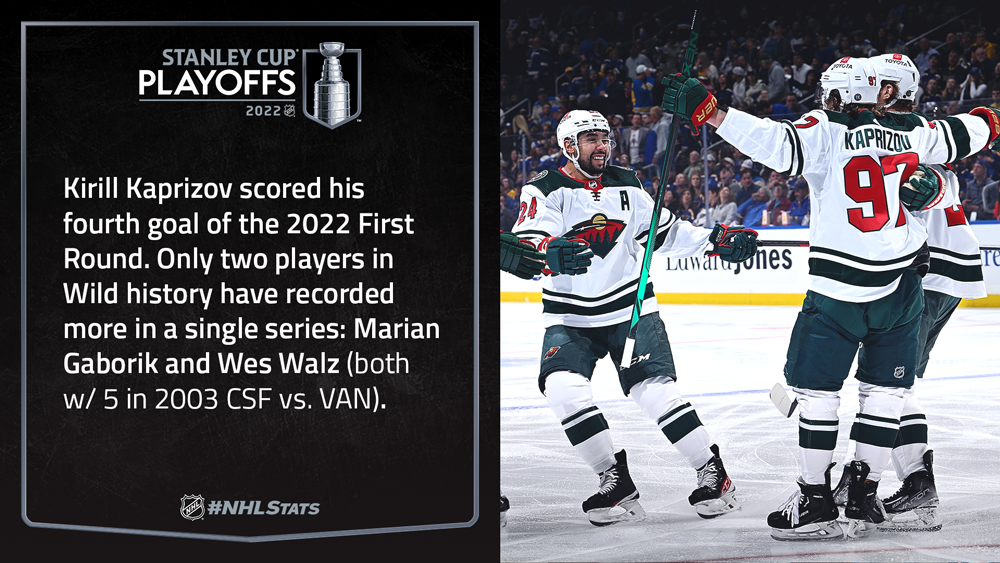 * Mitchell Marner assisted on Morgan Rielly’s opening goal to record his NHL-leading sixth point of the playoffs (tied) as the Maple Leafs fended off a Lightning rally to win Game 3 and snap Tampa Bay’s playoff home-winning streak at six games.

* The Maple Leafs head into Sunday’s game looking to put the Lightning on the brink of elimination before the series shifts back to Toronto for Game 5 on Tuesday (which has a start time of 7:30 p.m. ET). The club has pushed a defending Stanley Cup champion to the edge of elimination six times in the NHL’s modern era (since 1943-44), most recently in the 2001 Conference Semifinals against the Devils.

* #NHLStats: Live Updates for Friday, May 6

* Series Scenarios for Saturday, May 7

* NHL Awards finalists to be announced starting May 9

The first Saturday of the 2022 Stanley Cup Playoffs will see the Avalanche aim to take a 3-0 series lead against the Predators – a club who has never faced that deficit – along with three matchups where one team will pull ahead 2-1. A Nashville victory would ensure there would be zero sweeps in the 2022 opening round, which would mark the 13th such occurrence since 1987 when the first round became best-of-seven (and second in the past three years; 0 in 2020 R1).