* Opening night of the 2022 Stanley Cup Playoffs is upon us, with four series beginning tonight on ESPN, ESPN2, Sportsnet, CBC and TVA Sports.

* The Jets won the 1,312th and final game of the 2021-22 regular season, finalizing the #NHLStats in the Regular Season Recap. 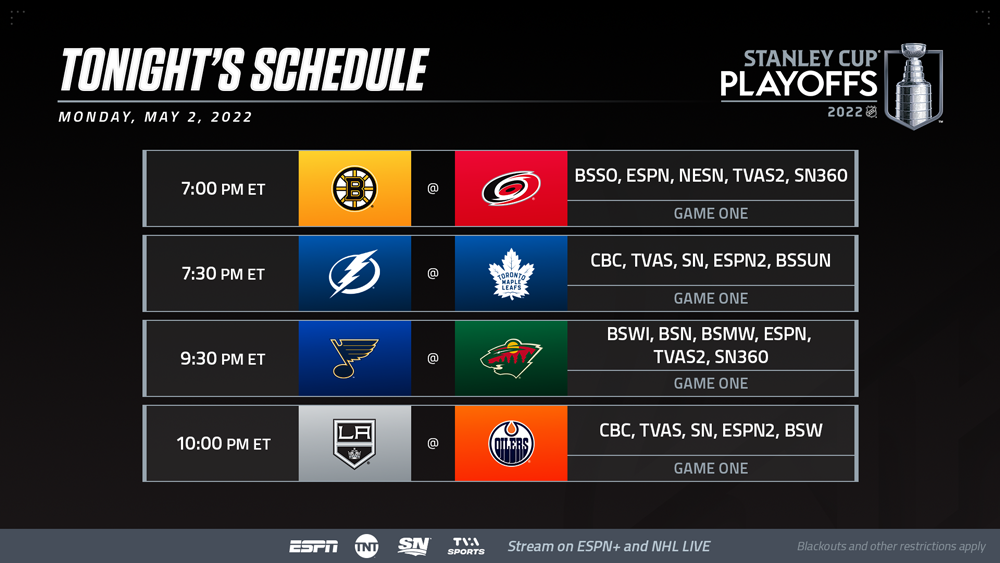 FAMILIAR FOES BACK AT IT AGAIN IN RALEIGH
The 2022 Stanley Cup Playoffs will have its first puck drop in Raleigh as Carolina and Boston are meeting in the postseason for the third time in four years. Carolina swept its three-game regular-season series and outscored Boston 16-1.

* Patrice Bergeron, the only Boston skater to score against Carolina this season, sits four goals shy of becoming the second player in Bruins history to score 50 times in the playoffs (46-74—120 in 160 GP). Five of his 46 postseason goals have come against the Hurricanes, behind only the Lightning (7 G in 16 GP) and Maple Leafs (7 G in 20 GP) for his most against one opponent. 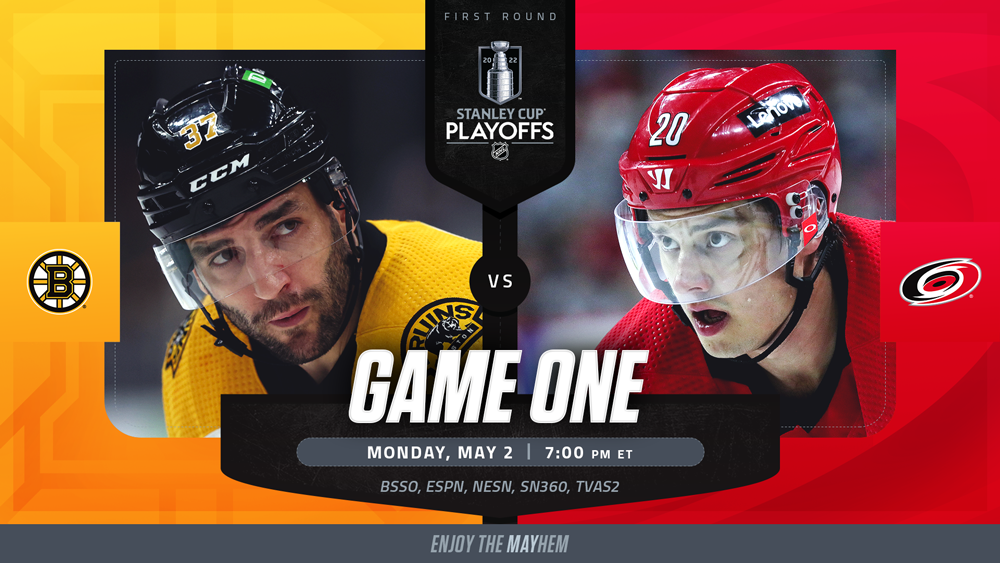 HIGH-OCTANE OFFENSES SET TO MEET AT SCOTIABANK ARENA
After a historic regular season, Auston Matthews (60-46—106 in 73 GP) and the Maple Leafs are set to welcome Steven Stamkos (42-64—106 in 81 GP) and the Lightning to Scotiabank Arena in what will be the first-ever meeting between the two teams in the Stanley Cup Playoffs and the only First Round matchup to feature a 100-point scorer on each side. 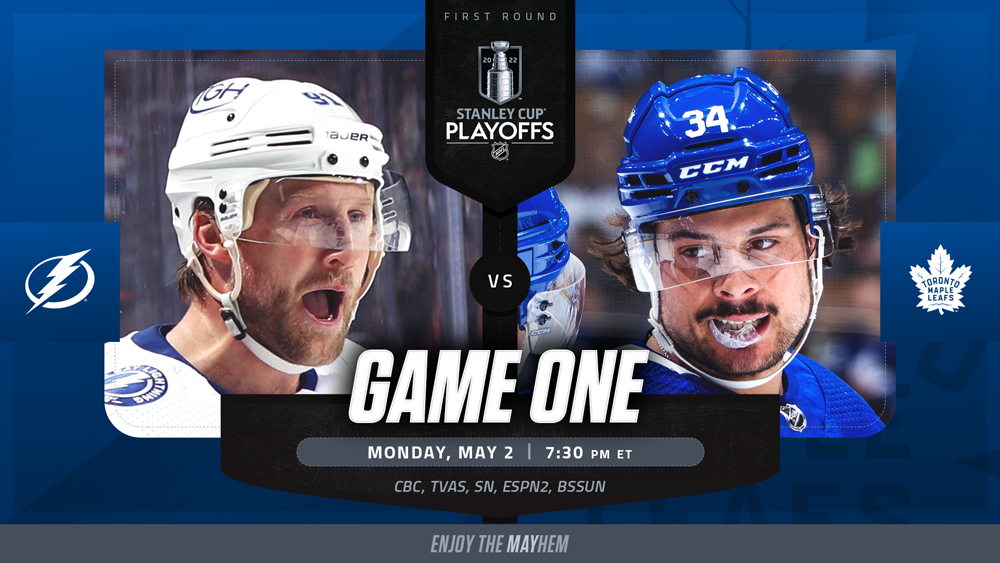 * The Blues swept the season series against the Wild in 2021-22 which also included a victory in the 2022 Discover NHL Winter Classic at Target Field in Minneapolis. The 2022 First Round marks the sixth time, and second in as many years (COL vs. VGK), two teams played each other in an outdoor game and then in the playoffs later that season. 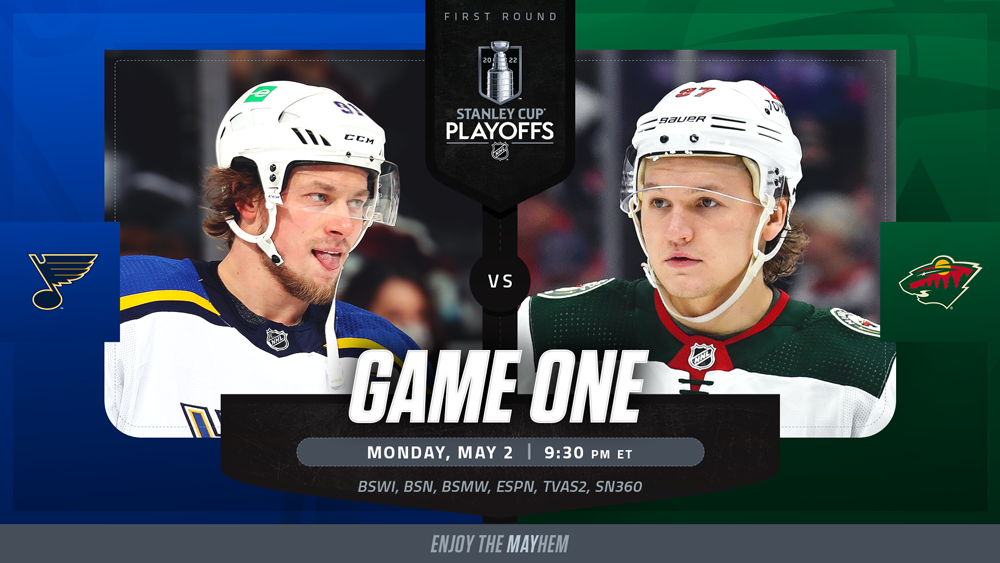 PLAYOFF RIVALRY RENEWED WHEN OILERS HOST KINGS IN EDMONTON
After leading their respective teams in points, captains Connor McDavid (123 w/ EDM) and Anze Kopitar (67 w/ LAK) are hoping to see their regular-season successes translate into the Stanley Cup Playoffs. Among non-Original Six teams, only the Stars and Blues (14), Penguins and Capitals (11) as well as the Flyers and Sabres (9) have played more playoff series against each other than the Oilers and Kings (8 including 2022).

* The Oilers and Kings playoff rivalry includes the greatest comeback in NHL history. On April 10, 1982, the Kings completed the “Miracle on Manchester” during Game 3 of the 1982 Division Semifinal against the Oilers. Trailing 5-0 going into the third period, Los Angeles rallied with five goals in the third, including a game-tying tally with 5 seconds remaining, en route to an overtime win against Edmonton. The Kings were the first team in NHL history (regular season or playoffs) to overcome a five-goal, third-period deficit to win. 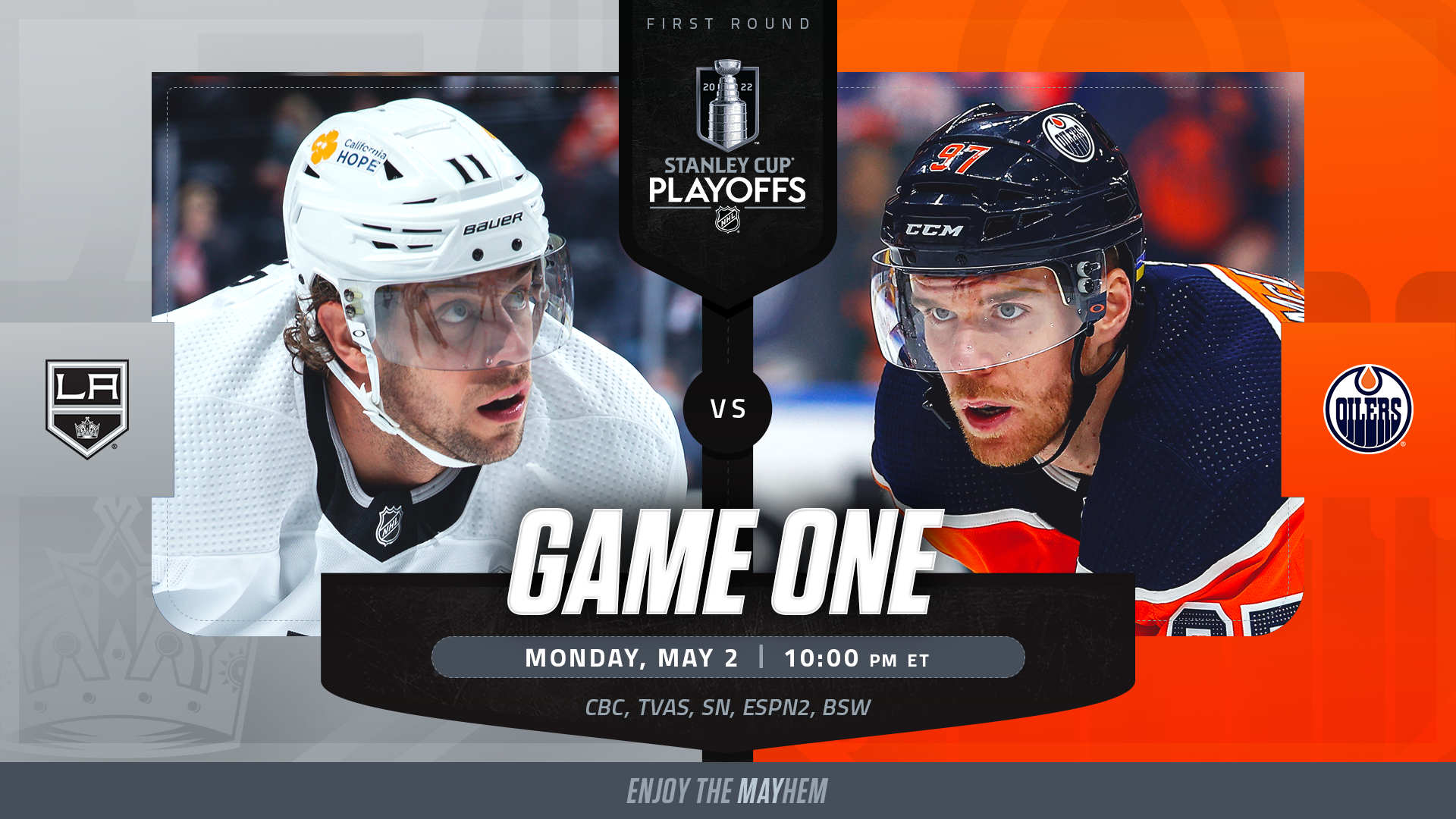 * Tristan Jarry out at least two games, Casey DeSmith starts for Penguins in first round

*Artemi Panarin practices, will play for Rangers in Game 1 against Penguins